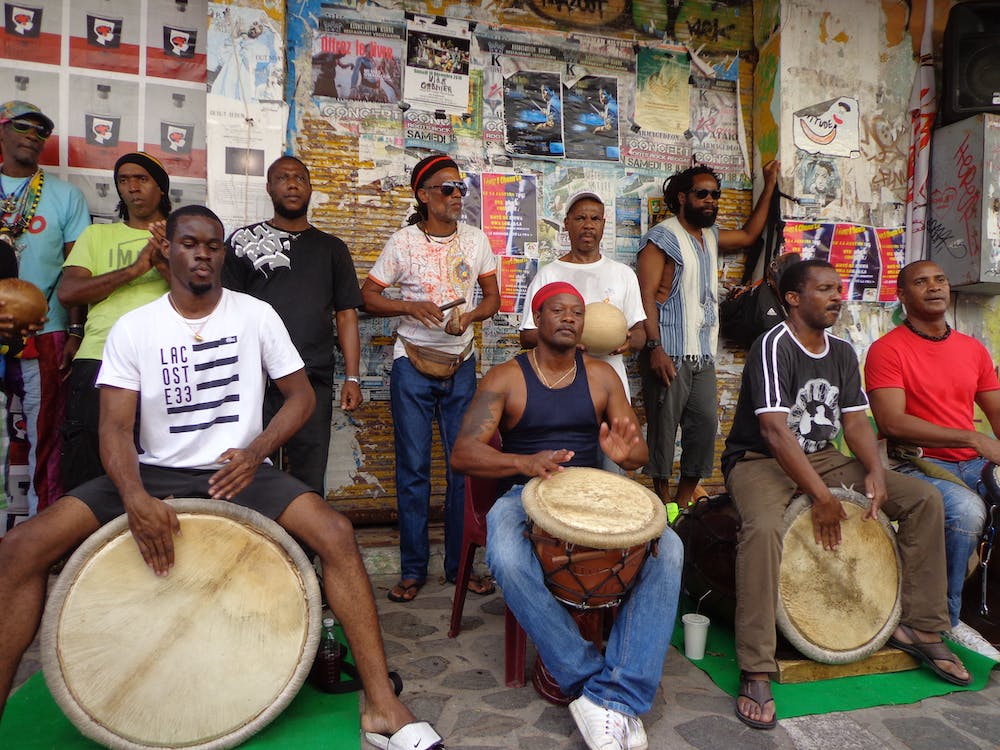 Gwoka is found among all ethnic and religious groups of Guadeloupean society. It combines responsorial singing in Guadeloupean Creole, rhythms played on the Ka drums and dancing. In its traditional form, Gwoka unites these three areas of expression and emphasizes individual qualities of improvisation.

The participants and public form a circle in which dancers and soloists enter in turn and perform, facing the drums. The public claps and takes up the chorus from the soloist. Several thousand people regularly practise Gwoka at open-air Gwoka evenings, where the dance circle functions as a place to develop individual talents. Transmission of the practice and Ka drum-making skills is both informal through families and groups of friends, but also increasingly through formal workshops and schools of traditional dance and music. Gwoka is one of the most identifiable elements of Guadeloupean society and its contemporary expressions explore new avenues of music, choreography or singing. It is present at the high points of daily life, as well as at festive, cultural and secular events. It also accompanies movements of social and political protest. It strengthens identity and provides a feeling of communal development and individual pride, conveying values of conviviality, resistance and dignity.

In Guadeloupe Ka players are well known and respected. Yves Thole, founder of Akademiduka and « Ka » Master was honored « Maître d’art 2010 » by the Ministry of Culture and Communication in Paris. Another great name in « Ka » culture is Marcel Lollia, nicknamed Vélo. He is one of the greatest drum masters of Guadeloupe. He began in Pointe-à-Pitre with the drum master François Mauléon nicknamed Carnot. He founded the famous Creole culture organization Akiyo. Marcel Lollia passed away in 1984. In tribute to his memory, a statue was erected on St-John Perse street.

Ideally located at the centre of Guadeloupe, where Basse-Terre meets Grande-Terre, Pointe-à-Pitre, the economic capital of the Guadeloupe archipelago, is well worth a visit, if only for its typical streets, two museums and deliciously colourful…

Make yourself comfortable aboard the electric tuk-tuk and let yourself be surprised by the must-see sights of the city centre.